Capture what is important with a Livescribe Echo smartpen . Record everything you hear, say, and write, while linking your audio recordings to your notes. Quickly replay audio from your Livescribe paper or a computer with a simple tap on your handwritten notes. It has never been easier to take notes and stay organized.

Livescribe Echo smartpen captures audio while also recording the notes you write, as it has a built-in microphone and stores over 200 hours of audio and thousands of pages of notes directly in the pen itself. Echo is a self-contained ink and audio pen that permits users to capture everything that they hear and say while taking notes. The audio can be played back right on the pen and just the portion of audio associated with a specific handwritten note can be played on demand. Then when Echo is connected to a computer via USB, all captured notes and audio are seamlessly transferred to the free Echo Desktop application where notes and audio can be easily archived, organized, and shared with others.

There are no reviews yet.

Be the first to review “Echo Smartpen” 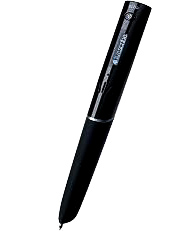